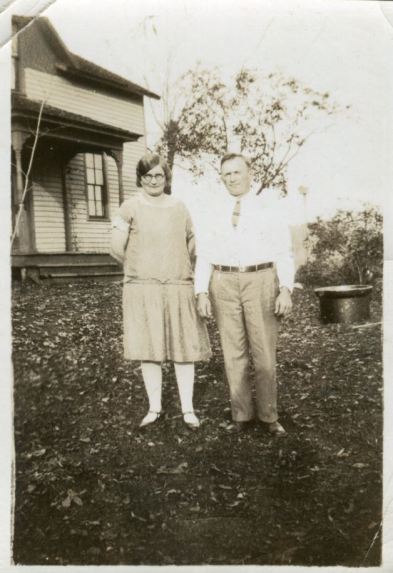 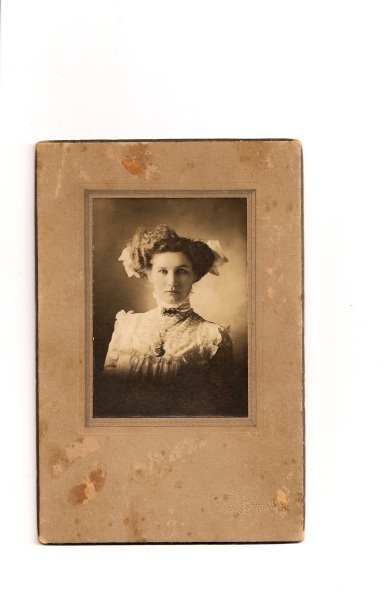 I’ve posted letters written to my Grand-Aunt Lorraine. I have one letter in that stack that was written to her mother, my great-grandmother, Ella (Zillmer) Frederick. Ella was suffering from an illness for at least a year or so. This letter was written to her by a niece up in Tomah, Wisconsin. At the time this letter was written, Ella was in the hospital. By April 1936 the condition had worsened to the point where Arthur, her husband, and my great-grandpa, took her to the Mayo Clinic in Rochester, Minnesota. Sadly, Ella succumbed to her illness and died on May 7, 1936, only a few days she arrived. The cause of death was glomerulonephritis–or what they called Brights Disease. Her kidneys had failed and that systematically destroyed other vital organs. Lorraine described seeing her mother returning home in a coffin looking as though someone had drenched her in water. Her son Kenneth, my grandpa, expressed his dislike for the Mayo Clinic because they let his mother die.

This post is dedicated to my Great-Grandmother Ella Frederick, whom I have never met, yet I still feel the heartache of losing her through the heartbreaking stories of her children who lost their mother.

Dropping you a few lines to let you know we are all pretty good, I thought I’d better write once. I should of before but it seems like I never had time. I heard you are in the Hospital. Vernon told me Thursday, that was the first time I knew of it, hope you will be home soon. I like to come down this fall, but I don’t know if we will get there or not. We are going to move anyway. I guess the men wouldn’t have to if they would step their foot down. But it’s getting so a person can’t do anything anymore around here. The boss is out here every day cutting corn off giving it to the cows they won’t eat it. All they do is break out in the corn they been there 4 times to day already, he makes more work then he is worth out here. It sure has been getting terrible here the way he’s been talking about us here. Yesterday she told Elmer’s sister, if we two families would stuck together she wouldn’t have her lands in this mess cleaning up behind the carpenter. Nobody’s blame only theirs. They told us we should move cause their afraid of losing the place now. Maybe we will keep on till we get down in your county. We are moving 12 miles east from here., down near Wilton. Minnie and Arnold are moving north from here about 1 & 1/2 miles from here.

I suppose you heard we have a big boy. H was born the 4th of this month. I first came home Wednesday nite.

Well, we are going to fill silo to-morrow, so I’ll be busy from now on I guess till we get moved, so our time is up the 15th of next month.

Say did you hear the news some one came from Cataract to-nite and told us Holler (?) Parlow is married. Their dance is next Sat nite. I couldn’t believe it first. Well, I guess I’ll close for to nite.