My wife and I decided to hit the road this weekend and take a trip to Appleton. It’s only about a 20-25 minute drive up the road, so we just went for it. I made a deal with Molly, I told her that if we could go to the History Museum at the Castle that I would take her shopping. We actually spent more time shopping than at the museum, but we were both content in the end.

Before you go on a history/shopping adventure it is important to eat a good meal. We always wanted to go to the Appleton Beer Factory to try out their brews and food. I tried their Hefeweizen  (hay-fuh-veyt-sssenn) and a mac n cheese sandwich, and Molly ordered the Blonde Ale with a BBQ pulled pork sandwich. Everything was very delicious, and I plan to bring my father-in-law back to this awesome brewpub.

After the brewpub we made our way over to the museum. I was there many years ago, but there is a fun exhibition  called Food  going on now. There is also a floor dedicated to the history of Harry Houdini and his legacy as an escape artist. In the basement you get a glimpse of Appleton’s paper industry, the city’s historical timeline, and recreations of businesses ( bank, doctor’s office, gas station). There was even a little corner about Senator Joseph McCarthy. 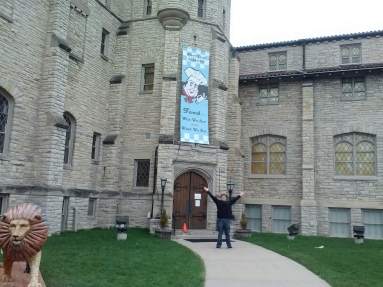 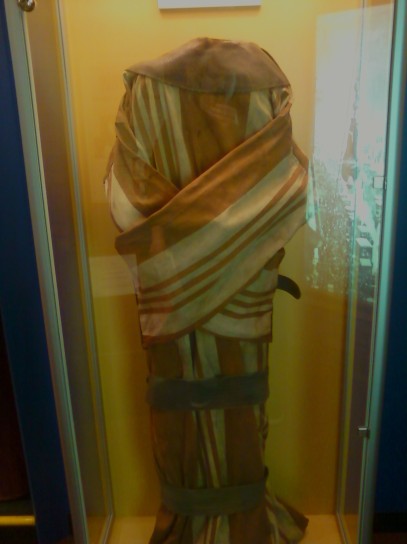 I have to say that I was really impressed with the  exhibition about food. I enjoyed all the different elements and visuals used in it. I also liked the ways that the museum incorporated social media into the panels. This was the first time I saw a panel with twitter hashtags to engage discussion. There was a question, depending on the topic, and then you could tweet a response to it on the museum’s hashtag (#MyHistoryMuseum). Another great technique used to get school children involved was asking a question and supplying sticky notes for responses on the panels. Another involved telling a story of opposing views and asking them to make a choice of who they sided. The choice was made by placing a token in a container next to the options. 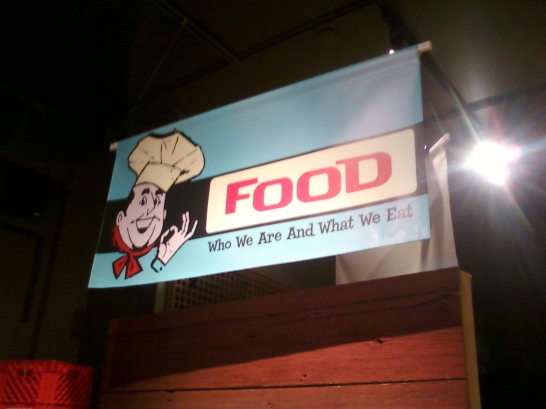 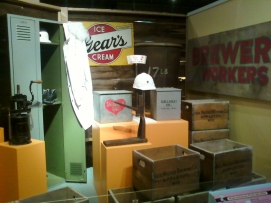 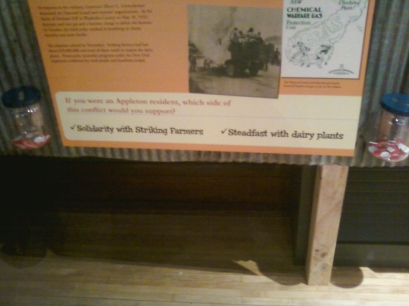 It was a fun-filled day of beer, history, and shopping. It was great to get back to that museum to see the exhibition and the information they had to share. Have you been to the museum to see Food? What did you think of it and what did you learn?