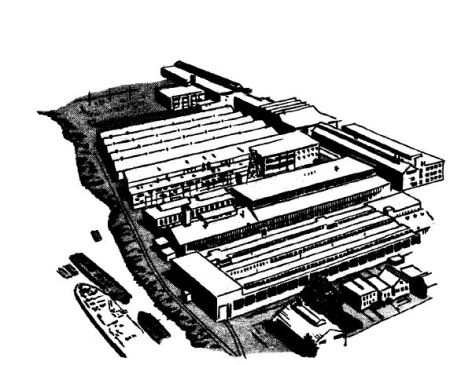 Following the acquisition of the Pittsburgh Transformer Co., Allis-Chalmers was under investigation from the Federal Trade Commission. The issue was over whether Allis-Chalmers was in violation of the Clayton Act, which prohibited one firm from acquiring another to eliminate competition and create a monopoly in a product. However, the board dropped the charges after they concluded that no rules were broken with the merger of the two firms. The charges were dropped on the grounds that  only 10.6 percent of the transformer sales in the Unites States would be dominated by the Allis-Chalmers & Pittsburgh Transformer Company merger.*1

The Pittsburg Works remained an important branch of the AC line for nearly 50 years. The peak employment at the plant was nearly 3,200 workers in 1956.*5 The hard economic conditions of the 1970s brought an end to production at the Pittsburg Works. In spring 1975, nearly 1,000 AC employees lost their jobs when the Pittsburg Works closed and moved production and the remaining equipment to other Allis-Chalmers plants. Company officials said the sellout and closure was due to poor sales in the transformer line and the shift of demand in different parts of the country.